How do the MIND, Ego, and Enlightenment play with each other?

TO start off with your mind, the mind is shaped by accepting something. Whatever you have accepted so far, consciously or subconsciously, has shaped your mind. And when you accept something, you are also rejecting something! “I am tall, short, dark, fair, fat, slim, his son, her mom, whatever.” You have just accepted this. Whatever this world has taught us, we accepted it. We have never put a question mark on it. Now when it comes to accepting things, there are two paths: “ME” and “YOU”.

All the things related to “I, me, and myself” are called EGO, which is the root cause of the problem. Patting yourself on the back for all your achievements or crying out loud for all the miseries you have—both come under the radar of EGO.

Memory is not the Enemy of the Mind

Memory is not a problem. Many people after reading my article on how to get rid of negative thoughts have accepted that memory is the problem. In your memory, there is some vital information as well. What if you forget to drink water? What if you forget that fire burns? So, don’t just accept anything (even my blog) without questioning it properly.

Also, in your memory, there are some things which you didn’t accept, it’s just there, which is not the problem. But some things in your memory are those that you are clutched to like “I am my religion, nationality, ethnicity, skin color, etc.”

Until you let go of this, how can you possibly become something else, something better?  To rise above all this, you have to grab something else. The trap here is that you will hold on to something else once some new information enters into your system, and at the surface level it may look like that you have changed but actually you haven’t.

Due to such foolishness, we believe in some really insane things that are ultimately taking us all down.

In reality, where are the terrorists? Is a newborn, who just came out of his mother’s womb, a terrorist already? Of course not! He was born the same way all the 7 billion people came on this planet.

It’s only because of some stupidity, that during his upbringing, he clenched onto something that’s not true at all, which ultimately filled him with hatred.

So, where does the mind come into the picture? He has a choice, whether to follow what he believed in during his life (mind) or to follow his intelligence and wisdom. The more strongly we believe in something stupid and false, the more control our mind gets, and as a result, it deteriorates our intelligence. Now I said before to see things without memory. How exactly can one do that? Simple.

Start noticing REALITY as it is

Just like a newborn baby observes the world around him, innocently. He is observing but not understanding or judging anything. If you can look at the world for 5min in this way, then that will be the beginning of something new.

You will come to this realization that all the people you are associated with, your mom, dad, friends, cousins, etc—first have a body just like yours, and then they are related to you.

All bodies want to be happy in their life. Everybody and EveryBODY wants that.

Is this way of perceiving things coming from the memory or through the UNDERSTANDING? When you start seeing things this way, then only you can say that you have eyes of wisdom. And you don’t have to be a Buddha or a Guru to see this way. Just keep reverberating the question “Who am I?” inside yourselves.

This is the beginning and the end of SPIRITUALITY

Unless you start asking this question, you can never really embark on your spiritual journey. Don’t be under the misconception that doing meditation will make you spiritual.

If you are stuck with the experience you got from meditation, then you actually are no different from the rest of the world.

People who go after money are not actually addicted to money; they are addicted to the pleasure they get from all the material things money can buy them.

Therefore, people are addicted to outer pleasure, and you are addicted to the inner ones. It’s no different. One should keep this in mind. And some even bigger fools call themselves enlightened because they experienced so and so things while meditating. It gives their ego a boost to say they are enlightened.

The truth of the matter is that there is actually no relation whatsoever between experiencing something and being enlightened.

Neither the pleasure of money nor the experience of meditation can make one enlightened.

What will make you ENLIGHTENED?

To look for the EXPERIENCER. Back to the “Who AM I?” question.

To find that one thing in common from the billions and trillions of experiences you had from your birth till now. Even your consciousness keeps on changing. You wake up, you sleep, you dream; which is changing your consciousness.

But still, there is one thing that doesn’t die while you sleep, that doesn’t change at all, something that’s still there while you are dreaming. To end your curiosity stream, it is none other than the Sound of Silence. This is the thing that’s common in each and every one of us. (If you don’t know what this sound is, check this article)

Your mind takes the form of whatever surrounds you. If you are with a bunch of peaceful, calm people, chances are you will also become like them.

On the other hand, if you start living with greedy people, who wake up and sleep thinking about money, then slowly but surely you will start becoming like them as well. You won’t even realize when their shadow becomes yours.

UNDERSTANDING is nothing but knowing that this greediness is just a thought.

So coming back to that one thing! It can be understood better with the given analogy:

If a river is flowing and one understands that he is not the water droplets that form and die (thoughts) and he is also not the waves rising and plunging (sensations & feelings). YOU ARE ACTUALLY THE WATER

Can you feel the gravity of this statement? (God! I hope you do)

You are like the blue sky which remains constant, and the thoughts are like the clouds that form and die. So now what to do until you are in this world? FLOW.

Just flow. Don’t hold back. Whatever you are holding is just a thought. Doesn’t matter if the wave is becoming smaller or larger, or the water bubble is forming or deforming.

By the time you get a hold of it, it has actually changed. Whatever you are holding onto, is essentially dead, and you are unable to see what’s actually alive.

Even though you were born to flow, but since you have stopped flowing to take a hold of the wave (which is temporary), the whole process gets disrupted and hence all the problems begin from there.

If you stop flowing you basically die. If you hold back and try and grab a wave, then you just get stuck there only whereas the wave actually has moved ahead along with the river.

The body you call yourself “me”—first go and have a look in the mirror. Which body are you talking about? The body which was first a tiny toddler or a teenager or what you currently are?

Which body is the “real you”?

By the time you look in the mirror, your body has actually changed. Millions of cells form and die as you are reading this article. Why can’t we understand this?

The body is just a wave here, the more you try and get stuck to it, the more misery it will bring to you.

The moment you realize you are actually the water (sound of silence), the more peaceful you will get. Waves will come and go, what remains is the water which is the real you.

Now don’t be stupid and start imagining that you are water while you are driving or doing your work thinking that, “oh I am not this stupid wave”. I keep on emphasizing this fact because some people completely misunderstand the essence of my blog. The moment you are doing any work pay full attention to it, flow into your work. To work is to flow.

Once you understand this completely, not just as a mere theory, but to feel it at an experiential level, then and only then can you be really ENLIGHTENED.

KNOWLEDGE is knowing whether the wave exists or not, ‘I am not the Wave. I am WATER.’ 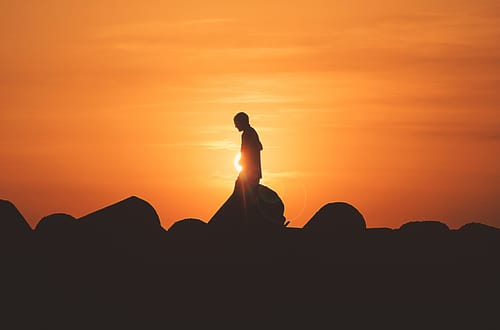 Self Understanding is the Key to Happiness 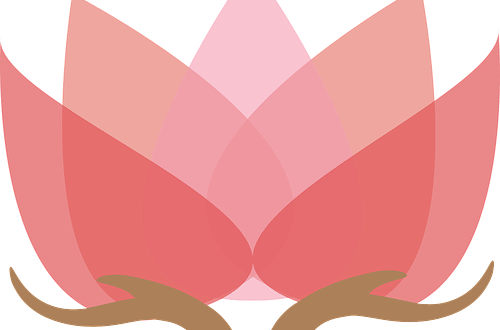 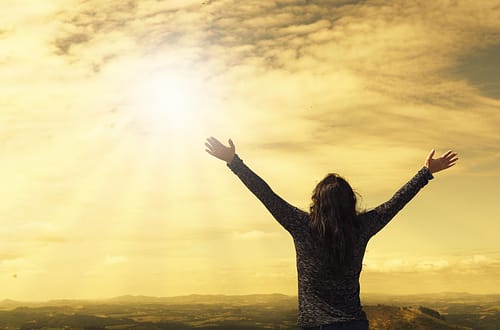